The powerful drug methadone not only helps those addicted to heroin and morphine leave their drug abuse behind, it also has additional health benefits. Recent studies show that methadone  helps reduce the risk of HIV transmission among drug users. The British Medical Journal reported that people who inject drugs (PWID) benefit from treatment with methadone in more ways than one.

It does substitute for opiate injections and helps reduce cravings for more dangerous drugs since it mimics opiates’ stimulus to the brain without providing as powerful a high as street drugs such as heroin. At the same time, its use can supplant injections and thus reduce the risks of transmitting HIV by contaminated needles. Methadone as a substitute for opiates improves the health of those taking it.

The researchers concluded that drug-related deaths decreased when drug users were prescribed methadone. It has become hugely popular and reliable as a treatment of choice for chronic drug abusers and addicts. The reduction of HIV transmission is a bonus not originally considered when methadone first came into widespread use.

Incidence of HIV in drug injectors who live in countries where opiate substitution therapy is illegal showed to be measurably higher than in those who reside in countries where methadone and other substitutes can be prescribed. Worldwide statistics show that approximately 5-10 percent of HIV infections come about because of injection of drugs. AIDS is also higher in parts of the world where drug substitution treatment is highly restricted.

Health care professionals most often prescribe methadone or buprenorphine as substitutes for illegal opiates such as heroin and morphine. The substitutes are generally given in treatment centers, clinics, and physicians’ offices. They affect similar parts of the brain and help ease the addict off the street drug without the harsh symptoms of drug withdrawal.

The recent research on methadone’s effectiveness in helping to curb the spread of HIV and AIDS resulted from a collaboration of scientists from several different countries. Researchers from the U.S., Australia, Italy and Canada reviewed available literature, then pooled their analyses. They studied work from their own countries as well as from the Netherlands, Austria, Puerto Rico, Thailand and China.

The work focused on the connection between opiate substitution therapy and HIV transmission. Researchers selected nine studies that concentrated mostly on male injection drug users between the ages of 26 and 39. Among the study group, there were 819 HIV infection transmissions. The study covered a time period of 23,608 total person years of study.

Analysis showed that opiate substitutes such as methadone were linked to a 54 percent decrease in HIV infection risk among drug users used to injecting their fixes. Since the data came from nations around the world, there was some variation in the individual studies. This disallowed an exact result.

Nonetheless, the study was strong enough to show a clear-cut link between methadone use substituted for opiate injection and a reduction in HIV. Medical workers around the world were given another solid reason for recommending methadone treatment to injection drug users as a way to kick the habit and get healthier.

The research seemed to suggest that longer-term use of methadone results in an even lower risk of HIV transmission among former needle drug users. Commentators on the research have spoken out strongly in favor of opiate substitution therapies as a way to curb the growing number of HIV infections spread by needle users. This seems to be the case in all parts of the world.

Other research has suggested that methadone may have benefits in treatment resistant forms of cancer. There will be years of further study ahead, but preliminary studies show that methadone can fight leukemia cells. The professional journal Cancer Research published the report that provided a little hope to patients with cancer that is no longer responding to radiation and chemotherapy.

One of the study’s authors commented that methadone was shown to kill sensitive leukemia cells. It was also shown to break through cancer treatment resistance that has built up in cancer cells. It seemed to go after the cancer without damaging healthy cells untouched by cancer.

Researchers are reluctant to give false hope to people with cancer. They stress that this report is preliminary. Yet it does offer hope for the possibly near future.

Proponents of methadone are naturally pleased that the opiate substitute may have wider applications in the field of medicine well beyond its prime use as a helper in the fight against drug addiction.

In recent years methadone has come under attack for its possibly harmful side effects in those who take it for extended periods. As with almost every drug or medicine, problems show up after the using population has grown large enough that trends can be observed. Nonetheless, methadone remains an important and helpful medicine in today’s world.

Searching for Methadone on the Web : Google Keyword

Also, see bottom of post for alternatives to methadone 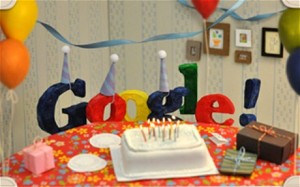 Methadone : What Are People Searching For On The Web

We just past Google’s 13th birthday and it got me thinking about the Google search volume for methadone.  I got a bit curious at the idea of looking at how many times the word has been used in search over the last month.

The search results indicate that people are first looking for information on simply methadone. The next most popular item is treatment and clinics. The appears to be about 3 million searches per year for people interested in treatment.

Following the first two most popular term, we see interest in withdrawal, and use.  Later, we see searches for related  methadone and suboxone. Then we get into pain treatment, pregnancy, specific doses of methadone, and then other medications.  For more information, see the list below.

Other Searches Related to Methadone

When people are looking for more information on opioid addicton treatment, they also are wanting other options.  One of the best options is suboxone treatment.  I really like this treatment alternative because is has less risk of abuse and less risk of a lethal overdose.  People can now get suboxone at their own doctor’s office if they are a suboxone prescriber.

Another alternative is the use of Vivitrol. It is an injection of naltrexone, which completely block opioids.  Taking a narcotic for pain for to get high will not work at all while on this mediction.  If a person is on opioids, it will start immediate withdrawals.  This treatment is usually for those already clean or detoxed who need a bit incentive to not use.

Dr. Rich is a Board Certified Psychiatrist with licenses in Texas and Hawaii. He specializes in the treatment of opioid addiction with buprenorphine and runs a FREE locator service to find Methadone Treatment including Suboxone treatment for oxycontin addiction. Suboxone Clinic in your area.
Dr. Rich has written more articles on the cost of oxycontin, buprenorphine (Suboxone) including frequently asked questions and a recent post : Painkiller Addiction : Top 10 Signs You May Have It