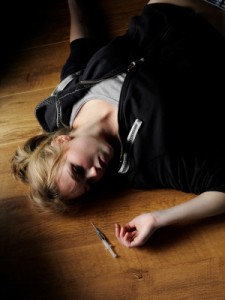 Methadone Overdose has been on the rise. According the the US Government Accountability Office in 2009, methadone prescriptions for for the treatment ofpain grew from about 531,000 in 1998 to about 4.1 million in 2006.  The Centers for Disease Control has shown that only car accidents lead drug overdoses, (including prescriptions) in unintentional injury deaths in the USA. Methadone leads other narcotics such as hydrocodone, oxycodone, codeine, and fentanyl in the number of deaths per year.  In 2005 there were 4,462 methadone related deaths.

Methadone is listed as a Schedule II Controlled Substance by the DEA.  This means the drugs in this schedule have a high potential for abuse. They may also lead to severe psychological or physical dependence.  Oxycodone, methadone, and morphine are included in this list among others. Here is a more complete list of schedule II drugs.

Methadone Overdose : Why Is It Increasing Now?

Starting around 2000, there was a push to make sure pain patients were receiving adequate pain relief. When methadone is used for the treatment of pain, it is not under the same restrictions as when it is given in an Opioid Treatment Program. In other words, it is easier for doctors to prescribe it for pain.

Here are some more causes of methadone overdose:

Methadone Overdose : The Signs and Symptoms

“An often unrecognized symptom of methadone overmedication is unusual feelings of excess energy with or without euphoria. As methadone levels drop the other signs/symptoms may emerge.” Source.

Methadone Overdose : What To Do

Always call 911 first if the person cannot be woken up. You should also be aware of the a national number:

The number of people having a methadone overdose has been on the rise during the last decade. This is most likely due to an increase in the availability and diversion of methadone.  There are typical signs and symptoms of a methadone overdose that are the same for any opioid overdose. You primarily need to worry about the person stopping breathing. Be prepared to do CPR and always call 911 immediately.

Dr. Rich is a Board Certified Psychiatrist with licenses in Texas and Hawaii. He specializes in the treatment of opioid addiction with buprenorphine and runs a FREE locator service to find Methadone Treatment including Suboxone treatment of oxycontin addiction. Suboxone Doctor in your area.
Dr. Rich has written more articles on the cost of oxycontin, buprenorphine (Suboxone) including frequently asked questions and a recent post : Suboxone Cost : Will Medicare and Medicaid Cover Treatment ?