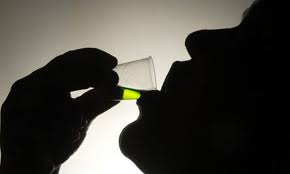 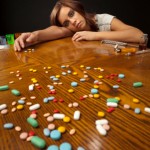 Opioid Addiction : 10 Questions If You Have It

Opioid addiction is a major problem in the United States.  Statistics from the National Institute on Drug Abuse indicate that there were almost 10 million abusers of prescription drugs in 2009. The number of people overdosing on prescription narcotics (by accident or not) has tripled since 1999. Seniors in high school are using prescriptions (10%).  Most recreational use of these prescriptions comes from friends or family members. Oxycontin has become a real problem.

Many people began using opioids for a medical issue such as leg pain, only to have their use become an opioid addiction. Others began by partying in high school only to find they needed to keep using. Many people then wonder if they have an addiction. They want to stop the medication, but they are starting to have problems like withdrawals. They may have never had addictive problems before. Here are some signs of opioid addiction:

Top 10 Signs of an Opioid Addiction

1. You sell items in your house and use the money for opioids-another almost sure sign of addiction.
2. You keep using opioids despite problems such as money, family, legal, or medical problems.
3. You are involved with other drugs of abuse. Having an addiction to alcohol or other drugs of abuse makes you at a greater risk of developing one with narcotics.
4. You go to perilous places, have dealings with questionable people to obtain pills. Seeking opioids in dangerous situations is usually a good sign of a problem.
5. Family or friends say you use too much pain medication. There are arguments over your use.
6. Your day is spent thinking of the drug or trying to find it.
7. You go to more than one doctor for pain medication.
8. You take prescriptions from your spouse or others. Taking other’s prescriptions is a sign of a problem.
9.You are take more pain medication than prescribed by your physician .
10. You skip or are late to family and work responsibilities to use of obtain opioids.

Opioid medications have been a savior for people with pain. However, there has been an increase in the number of people with addiction problems from these medications as they have become more widely available…and diverted.  The first way to avoid Opioid addiction is to only use prescription medication under the care of a single physician. Having different doctors prescribing narcotics to you will eventually cause problems. Always talk to your physician before changing the dose of your prescription.

The next way to avoid problems with opioids is to discuss with your physician  alternative chronic pain treatments such as massage or acupunture. There are other alternative treatments. We are finding that chronic pain does not get better with narcotics, so it is worthwhile to look into other treatments for the pain including weight loss, exercise, non-narcotic medications, surgery, stretching, and getting adequate sleep. All these should be discussed with your doctor.

There are many signs of opioid addiction. Others easily see the problems caused by the opioid use and usually will tell you. Other signs are doctor shopping, escalating your dose to high levels over time, and having family, social, and employment problems from the opioid. Be sure to periodically talk with your doctor about getting off opioid medications and if this would be the right choice for you. Long-term opioid use can be more harmful than helpful.

Here is more help on Opioid Addiction Help and Treatment