Methadone is well known these days as a narcotic medicine that is used to treat opiate addiction. A narcotic itself, the drug first came on the scene in the United States back in 1947. German scientists had developed it during World War II as a synthetic pain killer.

At first, the powerful medicine was prescribed to ease post surgical pain and that of cancer patients. Three years after American physicians first put it to use, they realized its benefits for people trying to kick heroin and morphine addictions. Methadone helps counteract what can be very severe withdrawal symptoms from the other drugs.

Methadone is a synthetic medicine which is created in laboratories. Heroin and morphine are both made from opium poppies. Their pain-killing abilities last approximately two to four hours, while methadone’s effects in the body continue for 24 hours.

Opiates are highly addictive and produce intense reactions. Humans actually make their own chemicals in the body that are similar to opiates. These are called endorphins, which many people know of as positive after effects of exercise; some people become addicted to exercise because of the endorphins created in the body.

Endorphins reside in the brain and block signals of pain as well as creating euphoria or feelings of well-being. Opiates are like endorphins in where they reside in the brain; they fit into duplicate receptors. They are much more intense than endorphins, however, and users report feeling a rush of warmth and happy, relaxed feelings followed by a kind of numbness.

For someone suffering from physical or emotional pain, it is no wonder that opiates are so alluring. The first dose is usually very intense, and many people will continue using the drug to reproduce the first high. Addicts grow tolerant to the drug and must use higher dosages to reach that state of euphoria.

Addicts also learn that the succeeding highs do not last as long as the ones experienced early on. The addict ends up needing to take the drug more often. This is one of the reasons that addiction is so crippling; soon, an addict will need to find sources for greater quantities of the drug and find them more often.

When someone addicted to an opiate misses a dose or tries to quit without help, he or she will experience withdrawal symptoms. Withdrawal can be extremely harsh to the body and mind. The unpleasantness of withdrawal may include symptoms such as upset stomach and diarrhea.

Muscle and joint pain along with depression and anxiety can also accompany withdrawal. These symptoms and a host of others may start showing up within just a few hours after the addict’s last dose. Fear of withdrawal keeps many addicts from leaving their drugs behind.

Addiction is not just an emotional response of course. Physical need for the drug is real. The body has grown accustomed to it, and can no longer function in the same ways without it.

With guidance, and the aid of medicines such as methadone, the addict can leave behind the street drug and go on to a healthier life. Methadone can relieve the discomfort of withdrawal from opiates. Methadone does not provide the same high as heroin, for example, but it is working within the brain in the same way.

Methadone not only keeps opiate addicts from going into withdrawal, it also works to block the effects of other opiates. In the case of an addict who relapses while undergoing methadone treatment, he or she will not be able to feel the euphoric effects of the other drug. Methadone does not cure opiate addiction, but it can be extremely helpful.

It can keep addicts from going into withdrawal so they can stay away from dangerous street drugs such as heroin. Methadone provides the help needed so addicts can start redirecting their lives toward recovery. Methadone is addictive itself, so it needs to be taken under medical supervision.

Methadone comes in both pills and liquids. It can be administered at a drug treatment clinic or treatment center, or a physician can write a prescription so the patient can take the dose at home. Counselling is a recommended companion to medical intervention so that the addict can discover the life issues that have led to drug use.

Although methadone is a godsend for many addicts, it too has it problems. It is sometimes traded on the streets for illegal opiates so the addict can continue using the earlier drug. Another danger of methadone is the possibility of overdose especially when methadone is taken along with alcohol or other drugs.

Addicts taking methadone may be tempted to take opiates at the same time. This is extremely dangerous and can lead to seizures, coma and death. Methadone, when taken correctly, is a wonderful tool to help eradicate drug addiction. 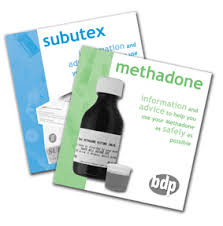 Methadone is a medication maintenance therapy that is used to treat opiate addiction.

Methadone, a well-known treatment for heroin and prescription pain pill addictions, offers a wide range benefits to people who need help overcoming opiate addiction. While research within the addiction field has come a long way towards developing effective drug treatment approaches, methadone side effects still make it difficult for some people to remain in treatment.

As a medication therapy, the effects of methadone target certain chemical processes brain, much like addictive opiate drugs do. This similarity with other opiate drugs gives rise to many of the same problems that cause addiction. Methadone also has long-acting effects that further increase the risk of experiencing methadone side effects.

People with long histories of opiate addiction, more oftentimes than not, develop other medical and psychological conditions that may alter the effects of methadone. When this happens, methadone side effects can actually increase in intensity.

Ultimately, keeping people engaged in the treatment process becomes all the more imperative considering the risks they face when quitting or leaving methadone treatment. As the overall effects of methadone can both help and hinder a person’s recovery process, each person must decide whether the good outweighs the bad or vice versa.

Opiate drugs as a whole carry strong analgesic properties that easily slow the body’s central nervous system processes. According to the National Highway Safety Administration, methadone is also an opiate drug, though synthetically made. In effect, methadone produces many of the same effects as other opiate drugs, though its addiction potential remains considerably lower than other opiates.

Methadone’s ability to mimic the effects of other opiates without being addictive makes for a highly effective opiate addiction treatment approach. The effects of methadone combined with ongoing behavioral therapy treatments provide recovering addicts with the tools they need to live a drug-free life.

Compared to other addictive opiate drugs, methadone produces a slow-acting effect that only requires a daily dose as opposed to the multiple “fixes” addicts typically ingest throughout the day. This slow-acting mechanism can produce methadone side effects for some people. Side effects may take the form of –

These types of methadone side effects may develop when dosage levels are set too high. Daily dosage level amounts ultimately determine how effective methadone treatment will be for any one person. Too high a dosage will produce unwanted sedating effects that can potentially impair a person’s ability to carry out daily living activities. Too low a dosage leaves a person at risk of experiencing drug cravings and withdrawal effects.

As any opiate addict well knows, the body tends to crave larger “fixes” the longer a person continues to use. Even though it’s synthetically made, methadone still retains many of the same properties of opiate drugs. This means, people who remain in treatment for long periods of time will likely develop a tolerance to the effects of methadone. This process runs counter to the drug’s intended therapeutic effects, making increasing tolerance levels another methadone side effect.

As tolerance levels increase, the body, in turn, becomes more and more dependent on methadone’s effects. For this reason, dosage level amounts may require adjustment from time to time for the duration of the methadone treatment process. This methadone side effect, in particular can create additional problems, especially in cases where a person has a long history of opiate abuse.

With withdrawal effects and drug cravings being the two main challenges recovering addicts face, this methadone side effect can quickly place a person at high risk of relapse.

The therapeutic effects of methadone rely on the rate at which the body metabolizes the drug. Anything capable of altering a person’s metabolism rates can potentially offset the intended effects of methadone. People who take medications for medical conditions or psychological disorders may experience methadone drug interactions.

Drugs likely to induce methadone side effects include –

Compared to other opiate drugs, methadone has a longer half-life in terms of how long the drug stays in the body. According to the National Library of Medicine, methadone’s half-life duration contributes to its slow acting therapeutic effects.

Unfortunately, methadone’s half-life of eight to 59 hours runs considerably longer than its therapeutic effects, which only run from four to eight hours. This imbalance in the drug’s effects can cause considerable problems for someone just starting out on methadone treatments. In this case, toxic levels of methadone can build up in a person’s system before he or she experiences the drug’s therapeutic benefits.

As a methadone side effect, the risk of toxicity is especially high at the start of methadone treatment and in many cases can lead to death. For this reason, prescribing physicians must keep a close watch on the effects of methadone to prevent toxic levels from developing.

Methadone side effects, in general, can create real problems for people in treatment and eventually cause a person to discontinue treatment altogether. Likewise, the effects of methadone can be deadly in cases where a person attempts to abuse the drug or unknowingly takes medications that alter methadone’s intended effects.